The Chicago school’s lead teacher and coordinator is Corrina Demma.

Corrina has been working as an educator in school and community settings for over 15 years. A Chicago native, she has worked with youth from all over the city. Her experience covers a wide range of instruction, from inspired curriculum and program development for national nonprofits to passionately teaching children ages 3 months to 18 years of age. In 2015, Corrina founded Best Nest Daycare in an effort to carry on her love of teaching. In doing so, she was blessed to find the opportunity to have a direct hand in raising her children. Prior to her tenure at Best Nest, she was a middle school math and science teacher for Chicago Public Schools.

Corrina has been a member of the Chicago Workmen’s Circle since 2017, and last year, she joined our teaching team, developing hands-on, activity-based lessons for our Shule class. She also helped to plan our wildly successful Purim Party and initiated our monthly Stitch’n’Kvetch program. Corrina is thrilled to have the opportunity to join her skills as an educator and her personal conviction as a teacher for the greater Workmen’s Circle organization.

Corrina Demma lives in North Center with her husband Evan and their two daughters, Althea and Frances. 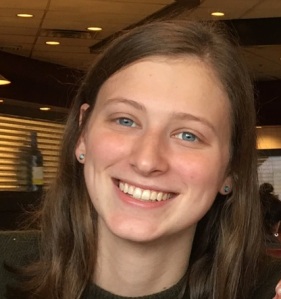 The assistant teacher is Emma Davis.

Emma grew up in Wilmette and just finished her first year back in the Chicago area. She studied Political Science at Vassar College and received a Masters in Jewish Studies from the University of Oxford, where she focused on modern Jewish political history. Previously, Emma taught at the Jewish Enrichment Center in Hyde Park, and she is currently an educator at Mishkan Chicago’s Mensch Academy.

When she’s not thinking about exciting ways to share Jewish history and culture, Emma enjoys playing basketball, spending time at the lake, and drinking coffee.

Shifra is originally from New York City but for the last decade has called Chicago home. She’s a Jewish paper cut artist and a hard-core Yiddishist. Shifra received her BFA from the University of Michigan and, after a few years of designing, received her Master’s degree in Arts Management from Columbia College Chicago.

She has taught, led workshops, and participated in panels for University of Michigan, Spertus Institute, Columbia College Chicago, Chicago YIVO, Workers Circle, Yugntruf, Rodfei Tzedek, and the Jewish Enrichment Center. Her desire for a more fair and equality-driven world influences her art and design work.

Shifra lives in Uptown with her husband and son and is a Yiddish folk singing enthusiast. Shifra is excited to return to her Workers Circle community as Tot Circle educator, as well as to teach the shule children more Yiddish.